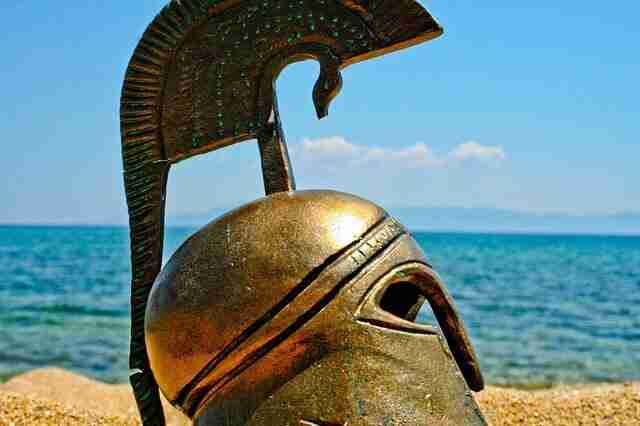 Α name, then, is a sound significant by convention without time, of which no part is separately significant. For in ‘Fairhorse’ the ‘horse’ does not signify anything by itself, as it does in the sentence ‘fair horse’.

Not that it is the same with simple names as it is with composite. In the former the part is in no way significant, in the latter although it is a sign it does not signify anything apart from the whole; for example the ‘boat’ in ‘pirate-boat’.

As to ‘by convention’ I mean that there is no name naturally but only when it has become a symbol. For the inarticulate sounds of beasts do signify something, yet none of them is a name.

‘Not man’ is not a name. Nor is there a name by which we ought to call it. It is neither a sentence nor a negation. Let it be an indefinite name.

Case of a name

‘Philo’s’, ‘to Philo’, and the like are not names but cases of a name. In other respects the definition of a case of a name holds the same  as that of a proper name, but when combined with ‘is’, ‘was’, or will be’ it does not form a proposition either true or false — a name always does. Take, for example, ‘Philo’s is’ or ‘Philo’s is not’. So far there is nothing either true or false.

Bibliography: Aristotle, De Interpretatione (16a.19 to 16b.5)
Translation: George Kotsalis

The difference between knowledge and beliefThe persuasive means of a rhetorical speechThe difference between generation and alterationHow likeness should be considered in things
Skip to content
We use cookies to ensure that we give you the best experience on our website. If you continue to use this site, we’ll assume that you are happy with it.AgreeMore