For there is no “what is” without qualification, nor yet is there a common nature of “what is”, but it is spoken of homonymously being predicated of a number of genera; for it indicates either a substance or a quantity or a quality or one of the other types of predicate. For when a man is set out and we say that what is set out is a man or an animal, we say what it is and signify a substance, when that he is musical, we signify a certain qualification and a quality.

Moreover, when we say it comes to be out of that which is not, in one sense we mean out of what is not actually, in another out of what is potentially; for the unmusical man is a not-musical man in actuality and a musical man in potentiality. Similarly, too, the bronze becoming a statue, which is its matter, is a bronze in actuality, but a statue in potentiality; for matter, when considered in itself, is never actually but always potentially all the natural kinds. That is why the statue does not come to be the very thing it was, but what it is is different from what is coming to be: the former is the bronze, the latter is the statue. 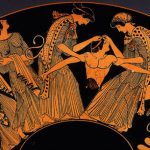 What it is that makes us move 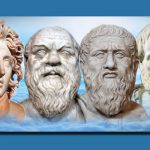 The kinds of causes 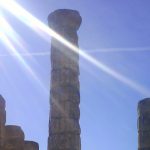