If this is so, and demonstration is a sort of teaching and learning, then demonstration too is assumed from pre-existent knowledge, namely from common notions.

For it is impossible to prove something without getting earlier as acceptable certain premisses from common notions; for just as it is not possible in geometric theorems to produce that the two sides of a triangle are greater than the third before the simple knowledge of triangle or the simple knowledge of angle, so also getting demonstrative knowledge without pre-existent knowledge is impossible. For the mathematical sciences as well as each of the other arts are achieved through this way.

The same account holds for arguments, both deductive and inductive; for both of them produce their teaching through what is already known, since the one party assume their premisses as from premisses understandable by the interlocutor, the other indicating the universal through being obvious the particular. And rhetorical arguments too persuade in the same way: either through examples, which is induction, or through enthymemes, which is deduction.

As to “intellectual”, it was said as opposed to perceptive knowledge; for perceptive knowledge has not got some pre-underlying knowledge, as, for example, when said that this object is white; for perception produce its teaching even if there is no previously pre-underlying knowledge. Similarly, too, that this man here is Socrates; for it is my perception that demonstrated him to me, though unknown before. 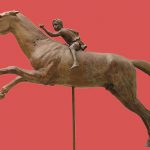 What we mean by “fulfilment” 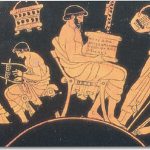 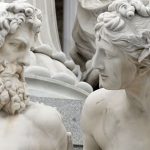 How affection is spoken of 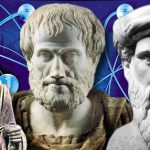